Sector X (Japanese: セクターＸ Sector X) is one of the three nebulae of the Lylat System in the unusual shape of a letter. The sector was originally the location of a star base built by Andross, but the base was destroyed by his experiment the Spyborg. The sector contains wormhole radiation that Andross used to build a warp to Sector Z and numerous magnetic currents.

In Star Fox 64 and its port, Star Fox 64 3D, Cornerian spies reported to General Pepper that Andross was constructing a star base in Sector X. However, his team only received a signal of a large field of space debris. General Pepper could not tell whether Andross's base was destroyed by accident or deliberately, or if the location was a trap. Cornerian scientists also found an unusual wormhole radiation in the section, and Pepper sent the Star Fox team to investigate the warp, which he believed to possibly be part of Andross's invasion plot.[1]

Continuing to fly right forced Fox to deal with the remaining enemy forces in the area. On this path, Fox fought the Spyborg. The experiment had failed and resulted in the destruction of the base. Fox destroyed the robot and continued his on way towards Macbeth. If Fox did not defeat the robot in enough time, Slippy Toad would be smacked by the Spyborg and Fox was forced to go to Titania to save him. 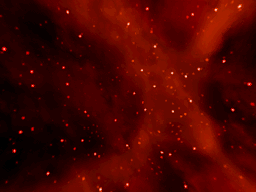 This story occurs if Falco does not link up with Fox on Aquas.

In an attempt to intercept Star Wolf and question Krystal on her new affiliation, Falco Lombardi flew through Sector X. He was too late to find Star Wolf, but instead found the robotic remains of the dead Pigma Dengar. Falco defeated Pigma with the help of fellow pilot Katt Monroe.