Sector Z (Japanese: セクターＺ Sector Z) is the third of the nebulas that take the form of a giant letter in the Lylat System. Some decades before the Lylat Wars, the Cornerian Defense Force fought a large battle with a unit of Space Pirates. The wreckage from the battle, along with the powerful magnetic energies, make Sector Z the most dangerous of the nebulas to travel through[1]. Warp energy from Sector X allows one to easily travel between the two sectors with the help of a warp gate. 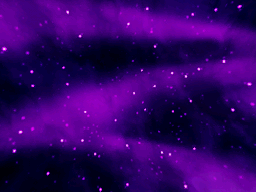 The Cornerian Army found that Andross was using Sector Z, but could not find the reason why and believed he was salvaging the remains of the ships. Fox McCloud and his team flew through Sector Z in the hope that they could quickly reach Area 6. They were ambushed by Andross's forces and the Great Fox was targeted by six Copperhead missiles. The Great Fox's navigational robot ROB 64 helped the team in locating the missiles. The team managed to destroy the missiles and continue on to Area 6. Though, if the team failed to defend the Great Fox, they would have been forced to invade Venom through the Bolse Defense Satellite. If the Star Fox team arrived at Sector Z from Zoness, they would be aided in destroying the missiles by Katt Monroe.

This story occurs if ROB went to Aquas with Fox and Slippy.

Fox had received a distress signal from Cornerian general Peppy Hare and the Star Fox team headed for the Asteroid Belt. On the way, they passed through Sector Z and met up with their former member, Krystal, who was now part of Star Wolf. Fox and Krystal made up and the team delt with the Anglar forces in the area before continuing on their way the Asteroid Belt.